The facility monitors and controls the custody transfer of chemical products from nine tanks to and from twelve railcar spots, three truck spots and one marine vessel dock.  The automation system was connected to the client’s business system to exchange order information and chemical transfer information after an order is executed.  There are multiple stand-alone systems that were integrated into the site control system including a Marine Vapor Control System (MVCS), Flare system, Crane and Winch wireless system, scales, VFDs and a Tank Gauging system used for custody transfer.  Additional systems designed for the project included a camera and TWIC card access system to provide site security and access control.  A plant alarm system was also designed, purchased and installed.

Our Raleigh engineering office (formerly PPS Engineers) worked with a construction partner in an integrated manner, which was successful for all parties involved. Between the two, we executed the project almost totally in-house, on-time and on-budget. The owner commended the team for building the best facility out of the six terminals he owns.

See our solutions in action below. 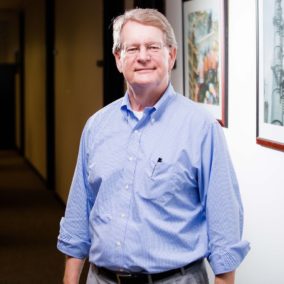 Ready to start a conversation?